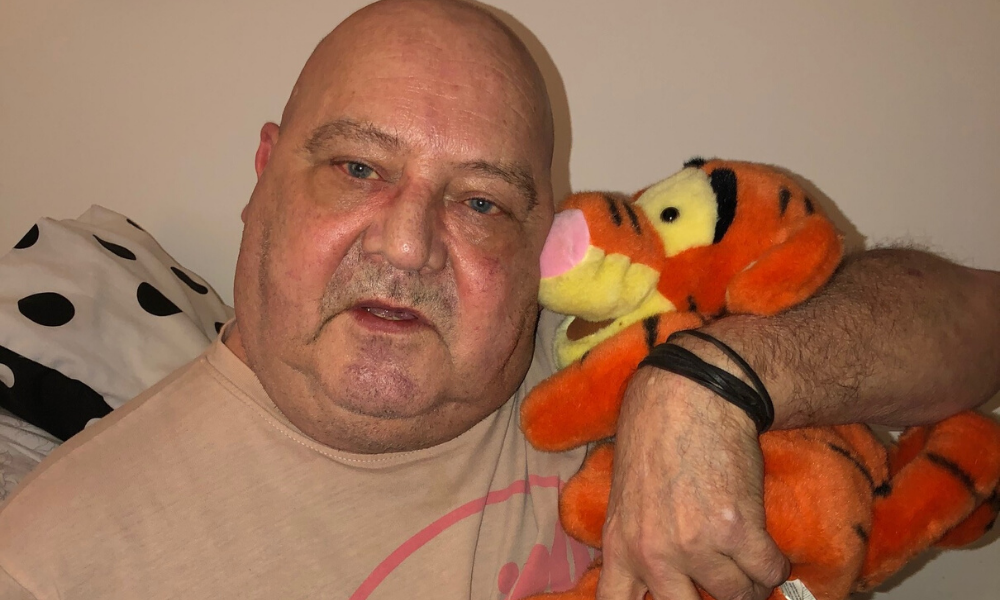 “I was diagnosed with Chronic Obstructive Pulmonary Disease (COPD) and lung cancer and was suffering with Agoraphobia when I was referred to St Catherine’s. I thought ‘right I’m dead’ because that’s what I thought a hospice was for. But I was wrong. The hospice isn’t what I expected at all. It’s such a happy, nice place.

Therapies and music therapy has helped me

Anne’s even encouraged me with my poetry writing. I’ve always written bad poetry to my wife for her birthday and at Christmas, but before I came to the hospice, she was the only person who’d ever seen my work. One day while I was here I started doodling a poem. Anne saw it and asked if I’d mind if she set it to music. We worked together and since then I haven’t stopped writing. It’s helped me no end.

Without St Catherine’s I’d probably be sleeping most of the day, getting on my wife’s nerves, and not doing anything but watching rubbish television. I certainly wouldn’t be as nice of a person as I am now. Coming here gives my wife a chance to have a rest too; so everybody’s happy.

St Catherine’s has given me more confidence and helped me get used to my illness and learning to live with it. The staff are fantastic and can never do enough. I don’t think I’d have got through things without them. I’m starting to recover from my agoraphobia and coming to St Catherine’s has been the icing on the cake. It’s a good day out with people who’ve become friends. And now I rule my illness rather than my illness ruling me.

It’s been extremely helpful being with other people who are suffering with similar things because I don’t feel alone anymore. It’s just a shame that not everybody who could benefit from St Catherine’s has the chance to experience their incredible care.

If you’re thinking of fundraising for the hospice it’s well worth every penny you raise. And if you’re someone who’s already doing marvellous things to raise the money that St Catherine’s desperately needs I’d like to say a great big thank you. Without you the hospice wouldn’t be here for people like me.”